Psst. This post has affiliate links. Read our disclosure.

After jetting off from the UK to Warsaw, Poland (and for $10 at that! You can click here to open a new tab to my post on scoring cheap flights.), we explored the countries of Poland, Czech Republic, Hungary, Slovakia, Romania, and Bulgaria.

It was pretty spectacular to say the least.

But one of my favorite things throughout the entire trip?

Discovering all the delicious vegan options each Eastern European country had to offer!

For example, in Poland, I tried vegan traditional Polish pierogies. In Romania, I had fasole batută (bean dip) and zacuscă (vegetable dip). And in the Czech Republic? Some delicious Czech beer!

Man, oh man, we were treated gooood as vegans!

In fact, did you know Warsaw, Poland was named as one of the best cities to be vegan in? (If you want to read all about that, check out my 10 must-visit vegan restaurants in Warsaw.)

No doubt, veganism in Europe is growing at an an astonishing rate and I’m loving it!

Anywho, since we discovered so many delicious vegan cafes, restaurants, and eateries all throughout Eastern Europe, I wanted to document my favorites to inspire you to go out and try some delicious vegan food!

The following destinations and restaurants are in the order we backpacked through Easter Europe: Poland, Czech Republish, Slovakia, Romania, and Bulgaria!

Hands down, Poland was the best vegan destination we traveled through! Throughout our time here, we backpacked through Warsaw, Krakow, and Wrocław, which each had delicious vegan options available.

Poland has everything from vegan pierogis and burger to vegan cupcakes and Japanese ramen. It was awesome and I can’t wait to head back to the country to discover even more vegan food!

Next up on the list? A surprising find: Slovakia!

A teeny little country nestled between the Czech Republic and Hungary, Slovakia has a bit of everything; towering mountains, bustling cities, laid-back villages, and — of course — mouthwatering vegan eats.

While we only visited one place in the country, Bratislava — aka Slovakia’s capital — boasts a crazy number of vegan cafes, eateries, and vegan-friendly restaurants for how small the city is! I was absolutely blown away.

You can click here to read my full vegan guide to Bratislava (it’ll open in a new tab so you can keep reading this vegan Eastern Europe post 😉).

Prague is a fantastic city for vegans! Considering it’s pretty large, it’s not surprising that it accommodates for all walks of life, such as veggies.

While it wasn’t my absolute favorite vegan destination, it’s pretty darn good as it has over 50 dedicated vegan restaurants all dotted throughout the city! Lemme just say, that’s a lot of freakin’ options. Wowza!

Smack dab in the center of Prague’s Old Town we found delectable vegan burgers and creamy vegan ice cream. What more can a veg ask for?

With those cool vegan-friendly Europe destinations outta the way, let’s dig in a bit deeper into this vegan adventure, shall we?

Next up: my all-time favorite vegan restaurants we ate at in Eastern Europe!

As mentioned above, this list will go in the order of our travels, starting with Poland! Also, keep in mind, I don’t really have an absolute favorite vegan cafe, restaurant, or eatery. I mean, hello, there’s just too many good ones to choose from!

Even though you should definitely grab some vegan pierogis while in Poland, give the Vegan Ramen Shop in Warsaw a try, too!

I shit you not, the ramen this place is serving up is some of the best I’ve ever tasted! Seriously, it’s off the charts when compared to other ramen I’ve had.

Imagine a hot bowl of savory broth filled to the brim with perfectly cooked ramen noodles and finished off with mouthwatering toppings like bok choy, crispy fried chick’n, fresh bean sprouts, and — of course — sriracha!

Heck yeah, it’s that good. If you ever pass through Warsaw, don’t pass this place up!

Don’t forget to take a peek at my Warsaw vegan guide, which includes 9 other places you shouldn’t miss while in the city!

Interested in venturing outta Eastern Europe? Check out my vegan guide to Edinburgh, Scotland! One of my absolute favorite cities in the whole world.

Funnily enough, that’s exactly what Dan and I did while adventuring about Krakow, Poland! We actually ate here about 3 different times while in the city… and we were only here for 4 days. LOL!

Safe to say, we couldn’t get enough of this little hole-in-the-wall place that’s dishing out delicious vegan kebabs!

It’s no wonder this place has a 4.9* rating and nearly 2,000 raving reviews on Facebook! It’s amazing.

If you’re yearning for some more foodie inspiration, head over to my vegan Krakow blog post! But don’t forget a napkin… cause you might drool!

As a top-rated vegan restaurant in Prague, it’s no surprise that Forky’s serves up some incredible food, like burgers, rice/noodle bowls, kebabs, wraps, and MORE!

At Forky’s, Dan had a go at one of the Asian noodle bowls and couldn’t stop raving about it! I mean, holy moly, this thing was huge! Even with the appetite this kid has, he couldn’t finish it all.

On the other hand, I went for the spicy burger and O-M-G, it was delicious! A perfect plant burger topped with supremely spicy pickled jalapeños and a drool-worthy spicy sauce… need I say more? It was awesome.

Hey! Did you know I take all of these photos with my Sony a5000? A teeny tiny mirrorless camera that’s great for traveling!

A small food truck situated in the Street Food Karavan, which is nestled in Budapest’s Jewish Quarter, Las Vegans is dishing out delicious vegan burgers.

While the burgers were pretty tasty, my favorite part hands down was no doubt the spicy potato wedges!

As mentioned in my vegan Bratislava guide, this little gem of a city is a gold mine for plant-based eaters!

Holy freakin’ moly, for the size of this place (I’m talking under 500,000 people and you can see pretty much the whole of the city in just one day), there are so many vegan and vegetarian options.

And, when it comes to drool-worthy veggie eats, Balans Bistro is knocking it outta the park!

I know, I know… I should only include one vegan restaurant for the city of Bratislava on this Eastern Europe vegan guide but to heck with it! This place deserves an honorable mention (plus, it’s my blog post 😉).

No joke, I had some of the best damn gyozas at Foodstock. What are gyozas you might ask?

Gyoza is a Japanese pan-fried dumpling delectably packed with juicy fillings like veggies, fake meat, and more. They’re perfectly fried to a crispy golden deliciousness and yet, scrumptiously soft on the inside.

UGH, it’s so hard to convey how incredible these little dumplings are through a blog post!

While this isn’t a dedicated vegan restaurant in Eastern Europe, I really wanted to include it in this list because the Smartline Madara Hotel staff went above and beyond in catering for Dan and I’s eating preferences!

After bouncing around and backpacking for 2 months, we treated ourselves to a must-needed relax and restore sesh.

(Okay, okay, it might sound a bit crazy that we went on a vacation while pretty much on a backpacking vacation, but this place cost like $30/day and included everything! It was fantastic.)

But I digress, the Smartline Madara Hotel made sure we had a few vegan options at breakfast, lunch, and dinner.

Even better, they went out and bought us vegan desserts! It was so nice.

Click here to check out rates for the Smartline Madara Hotel.

Well, there you have it! My story on eating vegan in Eastern Europe. Truth be told, it was easier (and tastier!) than I expected — which was awesome!

Eastern Europe is absolutely beautiful — from its delicious vegan food to its gorgeous sites to its captivating cities, I can’t wait to go back.

Have you visited Eastern Europe? Or would you like to? Let me know in the comments! Also, if you have any veg travel tips for other wanderers, put them down below, too!

Sightseeing in Lecce – The Baroque Jewel of Southern Italy 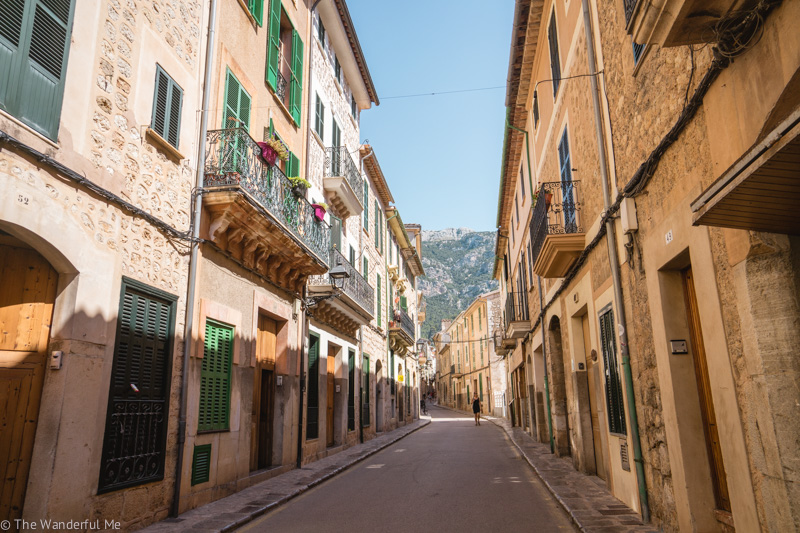 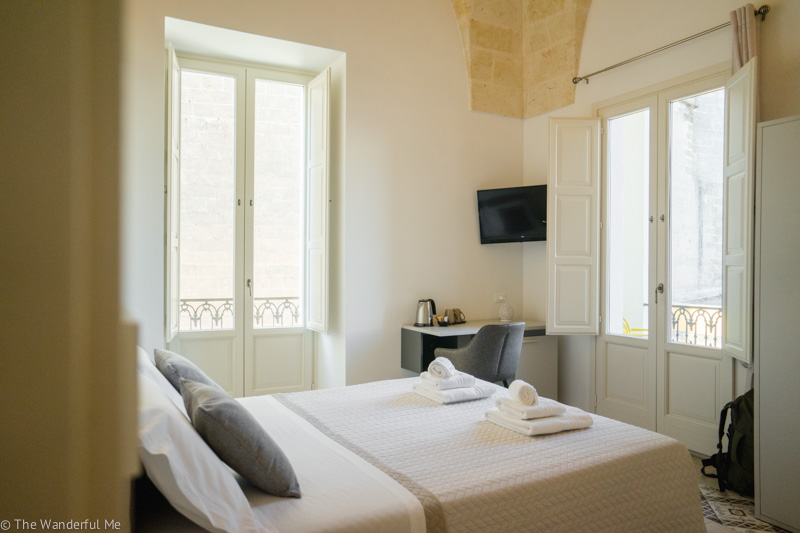 Staying at the most vegan-friendly hotel in the heart of Puglia, Italy