While many may think that being a vegan in Slovakia — or even Eastern Europe — is difficult, as many dishes have meat as the main ingredient, it’s surprisingly easy! Especially in Bratislava, where plant-based options are abundant! With an array of different vegan and vegetarian restaurants, you most definitely won’t go hungry here! Here’s the ultimate vegan food guide for Bratislava.

When Dan and I were planning our adventure to Bratislava, Slovakia, I had no idea what to expect in terms of vegan options.

Similar to other cities, I’m absolutely shit when it comes to doing prior research! And since this city is rather small compared to it’s neighboring cities of Budapest and Vienna, I expected we’d struggle to find delicious vegan-friendly options.

Though, when we arrived and I opened up the map on HappyCow, I was pleasantly surprised to find the map filled with dedicated vegan and vegetarian restaurants!

So, after spending a good amount of time exploring the city and eating an array of vegan food — like Asian noodles, gyoza, burgers, and more — I wanted to share which restaurants were best for plant-based eaters!

Psst, don’t forget to check out my post on my personal favorite vegan spots in Eastern Europe HERE!

With a menu consisting of delicious burritos, mouthwatering burgers, and great quesadillas, this place blows every other vegan place in Bratislava out of the water! Seriously, it’s the best vegan food in Bratislava (in my humble opinion).

Dan and I ate here after a long journey from Prague to Bratislava; we were absolutely starving, borderline hangry, and this place completely satisfied our hunger monsters.

I had the Mexico Burger — which was amazing — and Dan had the black bean wrap. Both were delicious!

Highly recommend this place for a filling and tasty meal, as it has some of the best vegan food in Bratislava! The reviews of this place are off the charts.

Another fabulous place to get some vegan eats in Bratislava, the Vegan Kiosk is a small takeaway stand situated right in the center of the city.

Serving up vegan wraps, hot dogs, soup, burgers, and a daily changing dessert. Dan had the vegan wrap (which changes daily based on the filling of the day).

The day we went the filling was scrambled tofu with beans, veggies, and a yummy tofu mayo sauce. While it could have been a bit warmer, as it was only lukewarm, it was still tasty nonetheless! We did go there about a half hour before closing so that’s probably why it was cold!

Another small vegan cafe in Bratislava, Made With Laf has two daily mains (which regularly change), soups, falafels, burgers, and salads.

Dan and I tried the daily main, which consisted of a vegetable bean stew with some bread. It was very tasty and very filling!

My only gripe with this vegan restaurant is it’s hard communicating with the workers, as they spoke little English. Thus, Dan and I had no idea there was an entirely other menu with more food options.

I definitely don’t expect people in other countries to speak English but it was just a difficult trying to figure out what we could order!

Nonetheless, our soup was delicious and I was very happy with what we ordered!

Psst, heading to Poland anytime soon? Check this out next: 24 Hours in Wrocław, Poland: What to Do, Where to Eat as a Vegan, & Where to Stay

A small little bistro serving up various Japanese-inspired dishes like ramen, miso, gyoza, edamame, and salads. With bobbing cat decorations adorning the walls and a simple decor, this place is adorable!

Dan and I both ordered the ramen and split an order of gyoza. While the ramen was quite boring, definitely needing more flavor, and was cold, what really stands out at this vegan restaurant in Bratislava is the gyoza.

Freshly made to order, the vegan gyoza is fried crispy, filled with a delectable mixture, and topped with a savory sauce. It’s delicious!

While the ramen isn’t at all brag worthy, definitely make a stop here to try the vegan gyoza. You won’t be disappointed!

Looking for some healthy vegan food to fuel up on for a big walking day in the city? Head to BEMBA to grab some gluten-free, refined sugar-free, gorgeously raw, plant-based meals!

This is an especially great place to grab a nutritious vegan breakfast in Bratislava that’ll keep you going all day long.

A bustling little vegan pub in Bratislava, usually packed with both omnivores and vegans alike, this place serves up vegan burgers, nuggets, pizza, and more.

While I didn’t have the pleasure of munching on the food here while traveling in Bratislava, the reviews on HappyCow are raving about how every single dish is fantastic. Psst, according to reviewers, don’t miss out on the unbelievably cheap wine!

A booming self-serve Indian vegetarian buffet, Thali has multiple locations around the area of Bratislava so whenever you’re in the mood for some delicious, flavorful Indian food, head here!

With 4-6 different dishes each day, many being 100% vegan, you can fill up on cheap, easy, awesome food in no time.

Each plate is priced by weight so eat just as much as you want! And keep in mind, in the evening, prices drop even further to help prevent food waste. How cool is that?

Serving up incredible Nepalese cuisine, Nepali is a rather new place compared to the other establishments on this list, but don’t let that steer you away from this vegetarian restaurant in Bratislava!

With a small, yet delicious menu, all dishes are delicious and super duper cheap! Perfect for those who are backpacking through Bratislava on a budget.

While this place does serve many meaty dishes, both carnivores and herbivores will no doubt be happy here! As a Vietnamese restaurant, this place is serving up savory pho, beautiful bún bò nam bo, delicious noodles, and more.

Dan and I both ordered the vegan bún bò nam bo and it was fantastic! Savory seitan, fresh vegetables, and perfect noodles tossed in a mouthwatering peanut and soy sauce concoction; we both fell head over heels for this vegan meal. While I wanted to originally order the pho, the restaurant was sadly out of it. But alas, I absolutely loved the dish I ended up with anyhow.

Definitely check this place out if you’re looking to satisfy both meat-eaters and vegans alike! I can assure you no one will be disappointed.

Gelato is delicious any time of the day, whether it’s for breakfast or dessert, wouldn’t you agree?! I can’t tell you how many times I treated myself to some fantastic — vegan — gelato here. It’s amazing! So creamy and so delectable.

My two favorite flavors are definitely the pistachio and the dark chocolate. The pistachio one may not sound the tastiest but don’t say no to it before you’ve tried it! It’s subtle sweet taste with the flavor of pistachios is undeniably good.

The last but not least place on my vegan guide to Bratislava… La Donuteria! Once you’re finished eating all the savory dishes at vegan restaurants in Bratislava, end on a sweet note with a vegan donut from La Donuteria!

No joke, I live for donuts. I ate them so often before I went vegan and when I made the switch to being plant-based, it was hard knowing vegan donuts weren’t readily available anywhere and everywhere. Thus, I now actively search out vegan donuts everywhere I go!

I’ve had some fantastic vegan donuts and some not so great… thus, when it comes to vegan donuts, I consider myself an expert! And no doubt, the vegan donuts at this place are goooooood. While they only carry two vegan flavors — coconut and raspberry — both are phenomenal. A perfect way to end (or start) any meal!

So, as you can see (or read?), being vegan in Bratislava is a piece of cake! (Or more like a raspberry donut, eh? 😉)

If you happen to try any of these vegan restaurants while exploring Bratislava, definitely let me know how you liked it! I’d love to hear from you.

Are you thinking of traveling to Bratislava as a vegan? Or have you tried any of these vegan-friendly restaurants in Bratislava? What was your favorite?! Let me know in the comments!

Pin Vegan in Bratislava: The Ultimate Vegan Guide for later ↓

As mentioned above, this post contains affiliate links. Which means if you make a purchase through the links, this site receives a small commission at no extra cost to you. Read our full disclosure here. 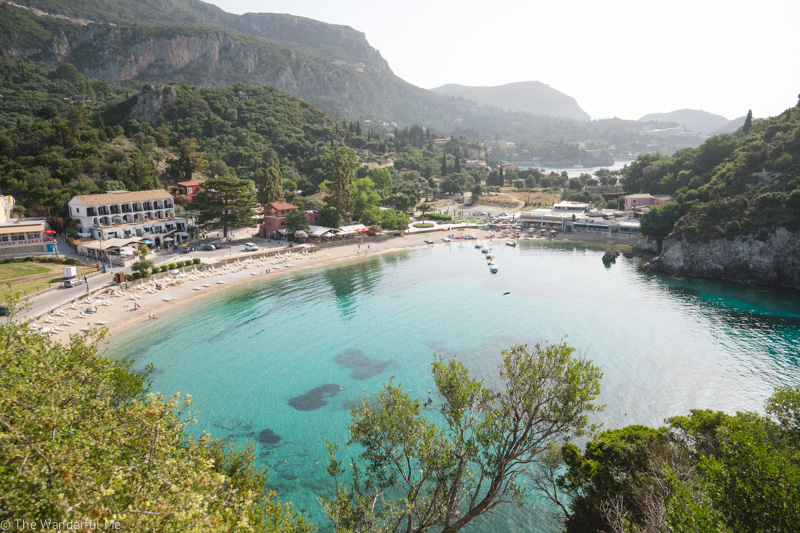 Spending 4 days on the captivating island of Corfu, Greece 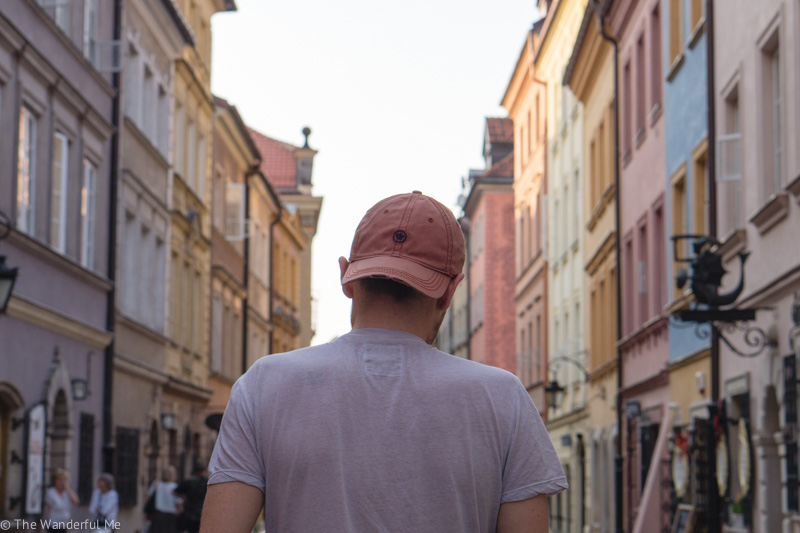 How to spend one week in Poland exploring Warsaw, Kraków, and Wrocław